Any husbands/men here you might want to not continue on”¦there will be some ranting, complaining and speaking about the current loathing I have at the moment for men in general”¦my dear sweet husband of 22 years in particular. Ok”¦any men still reading on you have been warned”¦ladies”¦I know you ALL can relate! 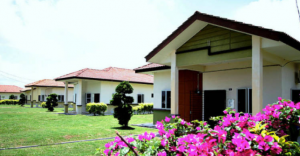 My husband is a hoarder I fully believe he was a squirrel in a prior life”¦he throws nothing away but stashes it away someplace until he deems it useful again (which BTW NEVER happens). He has kept every curling iron, waffle iron, blow dryer, CD player, iron and power tool that has ever broken in our house hoarded away like some pirate treasure in our basement and garage. “Never know when I could use a part.”, he has told me on occasion. Every major appliance or electronic item he has kept the box for”¦in case we move as better to pack it in the original carton (we have lived in the same house for 13 years). Don’t get me wrong”¦I love and adore my hubby”¦he is a good man, great dad, and a super husband. BUT I am up to my wifely behind in his pile of nuts!

And here comes the real rant”¦the final straw or should I say NUT that broke the camel’s back. My husband I do believe is in full swing of his mid-life male “mental”pause crisis”¦which started a few years back and hit the height (so I thought) with his volunteering to go to Afghanistan two years ago. After he came back I thought it was all behind us. Before I get too far ahead of myself let me go back to the beginning and give some details”¦back in the late 80′s we bought a little red sports car”¦a Mazda RX7. Cute, fast and fun”¦we were young and had no kids”¦it suited us at the time. I even think it was my idea. Ok”¦I admit that. We took it with us when we moved to Germany and had a blast hitting 120mph on the autobahn. But like all good things of youth they come to an end,”¦we grew up and came home with a baby and the little red sports car with a burnt out engine. We bought a van and garaged the RX7 (a baby seat wouldn’t fit anyhow). And I thought he’d tinker for a few months and sell it for parts”¦wrong”¦13 years later it is still in my garage. The engine is in the back hatch waiting for my husband to “rebuild” it. I gave him a deadline that he needed to put time into it by his 45 birthday”¦he’s now 50 and it still sits. He refuses to discuss it or listen to my pleading to get rid of it.

Ok, any men still with me”¦poor souls”¦now tell me this”¦me being a woman”¦if I had a project ah”¦say sewing a quilt for example that I started over 13 years ago and it was still laying all over the dining room table”¦making it unusable for holiday meals”¦company dinners”¦keeping YOU DRY WHEN UNLOADING GROCERIES (ok that is a garage issue) would you”¦speaking to any of the brave men”¦.think that a bit inconsiderate of me? Wouldn’t you expect me to finish up and clean it up say before the END OF TIME???? 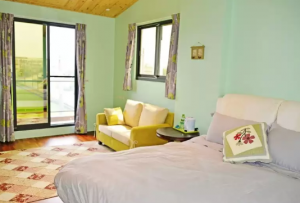 Yes, I “get it” the little red sports car/manhood thing”¦feeling young and all that. But we purchased a house with a garage for a reason and I do not remember it being for his RX7 to decay in (did I neglect to mention that all 4 tires are dry rotted and flat?) I can think of 100 other more important things to spend money on right now or even in the near future other than restoring a car that only two people can ride in. And to be honest it’s so low I’m getting too old to get into it. And before you ask”¦I rarely spend on myself”¦I do NOT buy shoes, get my nails done”¦I am about as low maintenance as they come.

What am I to do? Let him have his little red sports car and his youth? Maybe he’ll tinker after he retires and I can take up a hobby like pottery? Or maybe I’ll have a mid-life moment and hire a young strong man to work on the car”¦shirtless”¦with tools”¦hmmm”¦maybe he can keep the car.