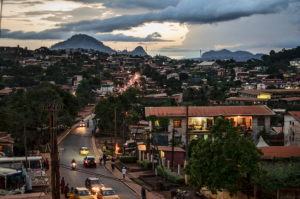 Safaris, natural landscapes, savage animals and coffee plantations: the words describe some of the things for whom Cameroon is famous. Its tall mountains and its forests with extensive fauna and vegetation attract tourists and investors. The country is among the top African producers and exporters of cotton and bananas. What’s more interesting is that the official languages are English and French, and not an African dialect. Actually, in Cameroon live hundreds of ethnic groups with distinctive traits, who speak more than 200 languages.

Cameroonians’ highest value is a sense of belonging to their family. And by family, they don’t mean parents and maybe grandparents. Couples tend to have many kids, so families are large. Besides the nuclear family, any aunt, 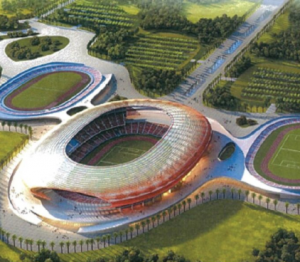 uncle, grand-grandparent, cousin, nephew and all the long lost relatives are just as important as siblings are. If a family member asks for a favor, one may try to bargain its way out but will most likely comply. Cameroonians gained a reputation for always being late. It takes usually an hour after the scheduled time for the guests to arrive. They’re laid back, they don’t like planning ahead and mock serious people.

You may hear from your Cameroonian friends about juju. It was some sort of witchcraft or belief system that consisted in placing a good or bad spell on someone, keeping an active connection through the spell with that person. Surprisingly, juju’s mysteries seem to be useful in soccer. Cameroon has a very competitive soccer team and juju guarantees good luck. They also use juju similarly to karma, to say ‘bad things happen to bad people’ or ‘(s)he attracted bad juju’. They fear witchcraft. Don’t give piggyback rides or carry your child on your shoulders – the devil will possess them. Some statues of their gods lie hidden in mountain caves and it’s said that Cameroonians would sacrifice albinos or white people to make peace with their deities. However, this is just a sensationalized tale from Western media. 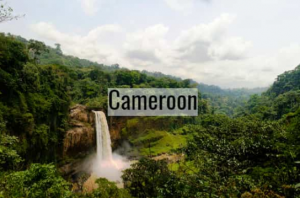 You should though believe everything you heard about Waza National Park. It’s one of the most beautiful, largest and most diverse park in Africa, with wild animals and breathtaking landscapes. Art museums display great examples of African crafts and artworks. Performing arts play a key role in the culture. Go out and enjoy the dances, they’re spiritual manifestations and so is the music. However, less serious dances attract the youth that loves to party. You may be surprised by the exciting nightlife here.