A few dozen people hit Somar in December to watch the trailer for Clouds. Multiple times throughout the night, a two-minute sample of what could be played on the screen: An Oakland-based, scripted, television show that explores love and life as a 20/30something unapologetically and with humor. In the show this dude Malcolm moves to the Bay to do the tech thing. Really he moves here for his girl, but she dumps him, so yeah he moves here for this Tech thing. Now he’s got to launch a startup and get back in the dating game. And the dating game for the late 20s early 30s crowd these days is, uh, interesting… 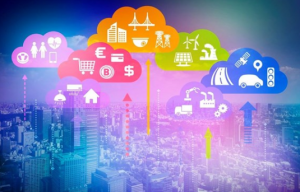 Notice, there’s a trailer but I said “sample of what could be.” Right now, the team is trying to build buzz and get funding to create the television series and build the Luv Note App. There are a bunch of reasons that I hope this takes off. Yeah, I know the dudes who created the series. I also know a few of the actors. My friends do dope shit and I want them to succeed. But this is bigger than my friends.

A lot of people complain about the state of television, film, and media in general. Not as many people invest the time and energy to create what it is they want to see. The writers peeped a void and they are working to fill it. I imagine Clouds as a show where I will actually see myself, my circle and my reality. When I first read the script, I saw layers and nuance in the characters. I also saw a show that wasn’t trying to be the new (insert whatever tv show you grew up watching and have romanticized knowing damn well that shit wouldn’t make it today). Clouds is a show about the here and now. 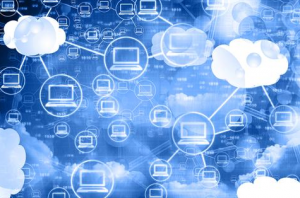 Another reason I’m hyped: It’s in Oakland. Many of us who grew up here tied our success to getting out of Oakland. The Town instilled in us a hustle and drive that allowed us to go any city and thrive, but the key to success was often getting to another city. I often think about the folks from Oakland doing major shit in other regions and wonder what could happen if that talent came home. I’m also always thinking about media and the ability to create industry where we are and with the talent we have. As I’ve watched tech thrive and evolve in Oakland, I’ve wondered what other industries not originally associated with our city could experience a boom here.

Also, these folks are building an app that matches you and potential mates based on your taste in music. And I’m here for it.

All that to say, you should watch the trailer. You should like the Facebook page. And if you like what you see, you should put (at least) 5 on it.