This post may not make much sense to those that do not have the HOV (High Occupancy Vehicle) lane in your area, but for those that do, you undoubtedly will have seen what I am going to talk about. For those that don’t know it by HOV, it is the commuter lane or the lane you can only use if you have two or more passengers in the vehicle.

The HOV is relatively new to Utah, and it was long overdue when it finally came in the recent widening of I-15, our major and practically only option running north and south through the major cities of this state. First it was added in Salt Lake City, and eventually, it was extended down through the Utah Valley to the south. 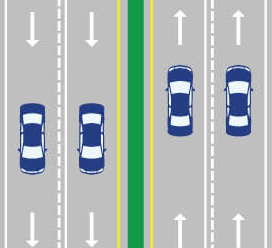 A couple of years after it’s an addition, the state decided to implement the limitation of where you can enter or exit the lane. The idea, at least as I understand it, is to limit the merging in and out of the lane for both safety and travel efficiency of the lane. Rather than have people treat it as the ultra-fast lane, the designated entry/exit points are to keep traffic flowing past some of the lesser used exits with the limitations. It has taken a little getting used to remembering where you have to get in and out, but after a while, it works.

After all that build up, this is what cracks me up. People in Utah speed. In fact, if you are not traveling at least 10 miles over the speed limit, you had better be in the right lane because traffic is moving at a fairly decent clip over to the left. So people are not afraid to speed, but when it comes to entering the HOV lane, they will wait patiently, or impatiently as the case may be, for a designated entry point to get into that left-most lane. Why are they ok with breaking one law of traveling 80 mph in a 65 zone, but will wait until that opening to merge their way over into that lane? Are there some unbreakable laws even for the habitual speeders? 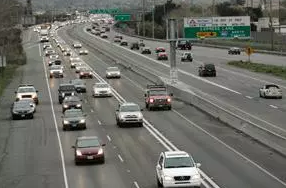 Even more hilarious to me is the fact that while in the HOV lane moving along at such a breakneck clip will these drivers hug the tailpipe for miles of someone, not as NASCAR inspired as they are. Rather than drift over these ultimate double white line barriers to make the pass and keep moving along, Speedy Gonzales will instead dangerously tailgate for miles waiting for the opening to make the pass and once again gain pole position in their personal race.

Who was able to convince these people that the line is unbreakable when so many other rules go so lightly unobserved? Don’t get me wrong, I make it a point to observe the designated entry/exit points, but I am sufficiently impressed that the state has somehow convinced or scared these people into sticking to the plan. Whatever mojo they are working on that ought to be used on some other laws as well to keep a little more order on the freeways; that’s all I am asking.

So keep at it drivers, obey that law. While you are at it, pick a few others that you may be skipping and try out observing them as well. It can’t hurt, right?