How brands can take advantage of the new YouTube Time Stamp feature for targeted messaging and fostering social engagement.

In situations when a GIF or Vine just isn’t enough to fully convey the context of your brand’s message, you’d likely take the next logical step and include video. Problem being, that you usually only want to share a specific part of the video before your target audience loses interest, believes you’re crazy or responds with the dreaded “tl;dr”. If you were web savvy you could have included the #t=0h0m0s coding at the end of your YouTube link so your video started right where you wanted, but let’s be honest “Ain’t Nobody Got Time For That”

YouTube has recently and quietly introduced what I am coining as the “Ain’t Nobody Got Time For That” button. Now, instead of adding the time stamp coding to your link, you can simply click the “checkbox” and generate a link to the video starting it at the point where you want it. This is a good move for YouTube to help foster additional social sharing and make YouTube clips as ubiquitous as GIFs. 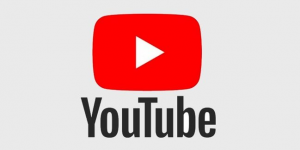 This should be enticing for brand managers, as it gives the freedom to show and express ideas via YouTube by cutting the through the fluff and sending people directly to the intended point of interest. Brands could also use this for directed messaging, allowing the use of one video with multiple responses, rather than creating a number of videos, cutting down on expense and increasing overall views. By linking users directly to the content they’re looking for, brands can drive views on one particular video, increasing the potential for engagement without diluting the potential view count.